 Fireplace in the living room

 Cloakroom at the entrance

The ancient city of Salamis became the capital of Cyprus as far back as 1100 BC. The city shared the destiny of the rest of the island during the successive occupations by the various dominant powers of the Near East, viz. the Assyrians, Egyptians, Persians, and Romans. The ancient site covers an area of one square mile extending along the sea shore. There is still a large area awaiting excavation and this is forested with mimosa, pine and eucalyptus trees. The amphitheatre at Salamis orignally held over 15,000 people. Modern concerts are still held there today. Next to the ruins of Salamis, Silver Beach is an ideal spot to combine a bit of culture and some serious sun-worshipping.

Famagusta is one of the finest examples of mediaeval architecture in the eastern Mediterranean. The oldest traces of settlements lie in an area near the modern town of Famagusta, then named "Enkomi", going back to 13th Century B.C., the Bronze Age. At the start of the Iron Age the town was built near the sea and was known by the name "Salamis". The name "Ammochostos" is first recorded during the Byzantine period. In 1571 Famagusta was conquered by the Ottoman's. The city has preserved important historical sites from the ancient times, and has a modern side with one of the largest universities in Northern Cyprus. Famagusta is one of the rare cities where you can find typical examples of medieval architecture of Europe. This region also has the island's most beautiful coastline.

This large spacious properties are strategically placed within 5 minutes to the nearest sandy beach, whilst the City centre of Famagusta can also be reached within 5 minutes. Long term rental expectations for this property are £450-£500 per month, and for short term holiday lets, £750  weekly if a pool was added.

Yenierenkoy lies on the northern coast of the fabulous Karpaz Peninsula The area is sometimes called the “land that time forgot” as it is easy to imagine yourself in a bygone age. Small traditional villages and towns where most live off the land or the sea and mile upon mile of glorious sandy beaches reward those visiting this magical place. Those lucky enough to buy property and to live or regularly holiday here are truly fortunate. The rolling hills, massive sand dunes and trees that carpet the landscape are home to a vast array of plant and animal species including birds, reptiles and amphibians. Some of the sensational beaches are also chosen by endangered Chelonia Mydas and Caretta Caretta sea turtles that return year after year to lay their eggs. The turtle has become the unofficial emblem of the Karpaz in the eyes of many people.

Some development has been approved including the superb Karpaz Gate yacht marina and resort which is operational and a short distance from these villas . The proximity to this major attraction can only add value to your investment here. Travelling to the location you will pass the five star resort at Bafra with its range of five star hotels, casino and watersports area. A new golf club is planned for that location which is a short and pleasant drive from this development.

83-K for more on this North Cyprus property

Would you like to wake up every morning in a luxurious contemporary villa in a beautiful area of immense historic and cultural interest yet be close to superb beaches and the thriving city of Famagusta?

This private site offers a choice of 3 or 4 bedroom villas from a generous 180 m² to 284 m² in size. Located in the Salamis area, these contemporary villas are designed with a modern open plan interior, extensive windows and infrastructure for central heating and air conditioning already in place. The City of Famagusta is just a short 5 minute drive away, as is the sandy beach.  Payment terms on application. Already fast selling out, there are still some villas available, so don’t delay, contact us today for further information. 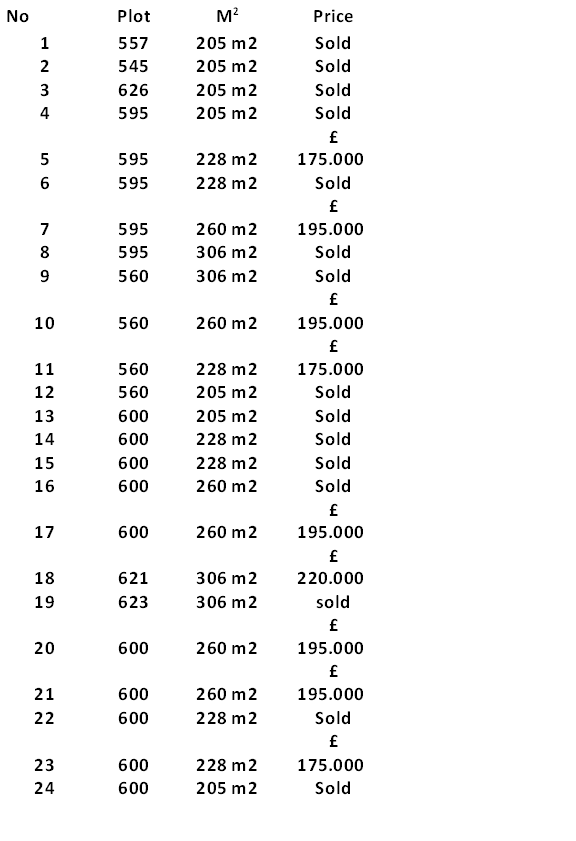 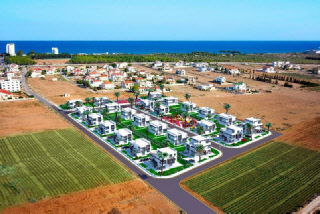 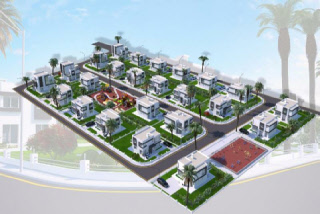